Global Developmental Delay (GDD) is the general term used to describe a condition that occurs during the developmental period of a child between birth and 18 years. It is usually defined by the child being diagnosed with having a lower intellectual functioning than what is perceived as ‘normal’. It is usually accompanied by having significant limitations in communication. It is said to affect about 1-3% of the population.

Couses:
The most common causes of GDD are chromosomal and/or genetic abnormalities such as Down’s Syndrome and Fragile X Syndrome or abnormalities with the structure or development of the brain or spinal cord such as Cerebral Palsy or Spina Bifida.

Other causes can include prematurity – being born too early – or infections, such as Congenital Rubella or Meningitis.

There are a number of diagnostic tests that can be done to identify the underlying cause of GDD. Sometimes these causes can be treated to cure the developmental delay, or at least to prevent it worsening. However, often the cause is never able to be fully determined.

“What Are The Signs Of Global Developmental Delay?”

The most common signs of GDD include:

“Is There Any Treatment For Global Developmental Delay?”

There is no single treatment for GDD but there are ways to help some of the conditions that may be causing the delay. Once a pediatrician or neurologist has completed testing of the child, he/ she may advise on treatments for whatever underlying medical conditions that may exist. For example, hearing or visual impairment or therapeutic input by a Speech and Language Therapist, Occupational Therapist and Physiotherapist. It is possible that no cause will be found or that the cause that is identified may be difficult, if not impossible, to treat.

On the other hand, being aware of the conditions that are causing the delay can help parents, teachers and medical professionals to better counsel and guide children who are experiencing developmental problems.

Exhibiting some of the following signs can mean that your child has delays in developing certain fine or gross motor functions:

Falling outside the normal range isn’t always cause for concern, but if your child is unable to perform tasks within the expected time frame, speak to your doctor.

According to the National Institute on Deafness and Other Communication Disorders (NIDCD), the most active time for learning speech and language is the first three years of life, as the brain develops and matures.

Most toddlers can say several words by the time they are 18 months oldTrusted Source. When they reach the age of 3Trusted Source, most children can speak in brief sentences.

Speech and language delay aren’t the same. Speaking requires the muscle coordination of the vocal tract, tongue, lips, and jaw to make sounds.

A speech delay occurs when children aren’t saying as many words as would be expected for their age.

A language delay occurs when children have difficulty understanding what other people say or can’t express their own thoughts. Language includes speaking, gesturing, signing, and writing.

It can be hard to distinguish between speech and language delay in young children. A child who understands things and can express their needs (maybe by pointing or signing) but isn’t speaking as many words as they should may have an isolated speech delay.

According to the Centers for Disease Control and Prevention (CDC)Trusted Source, about 15 percent of children between the ages of 3 and 17 have one or more developmental disability.

Most developmental disabilities occur before a child is born, but some can occur after birth due to infection, injury, or other factors.

Causes of developmental delay can be difficult to pinpoint, and a variety of things can contribute to it. Some conditions are genetic in origin, such as Down syndrome. Infection or other problems during pregnancy and childbirth, as well as premature birth, can also cause developmental delay.

Developmental delay can also be a symptom of other underlying medical conditions, including:

If You Suspect Your Child is Developmentally Delayed

Remember that children develop at different rates. However, if you think your child is developmentally delayed, talk to your doctor.

If your school-age child is diagnosed with developmental delay, you may be eligible for special services. Specialized services vary according to need and location.

Check with your physician and your school district to find out what services are available. Specialized education, especially when started early, can help your child progress and achieve more in school.

In some cases, medications may be prescribed. An evaluation and diagnosis from a pediatrician is crucial to come up with a treatment plan specially designed for your child. 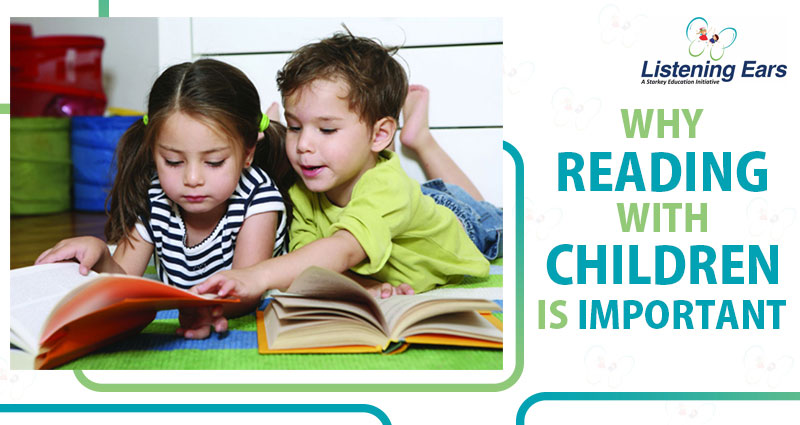 Why Reading with Children Is Important